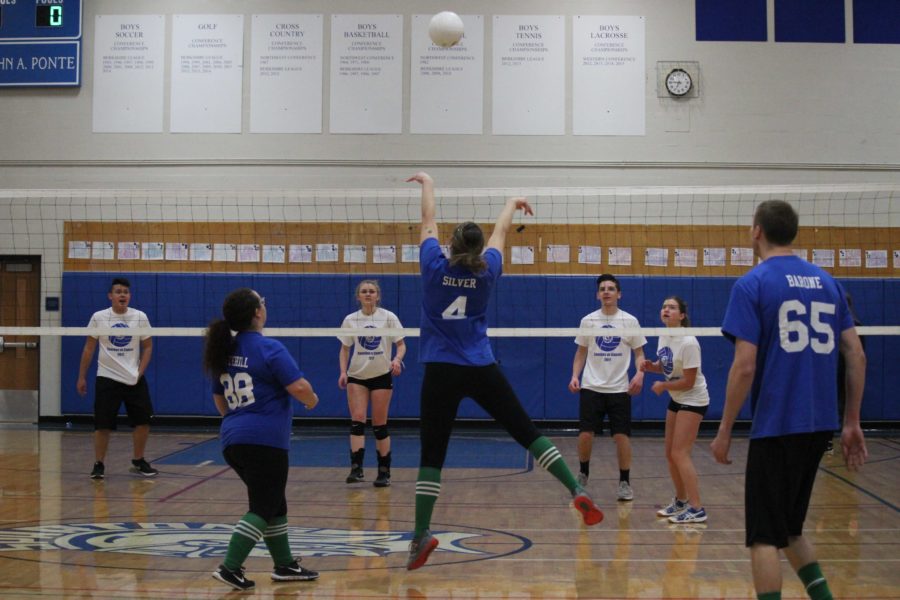 The hard work of team iCure paid off after they raised $2,500 at the Coaches VS Cancer, student and faculty Volleyball Game held on Friday, March 17. The students were not the only ones that won that weekend. Team iCure (a group of LSM students that created the team for Relay for Life) planned the entire volleyball game by coming up with the day and time, 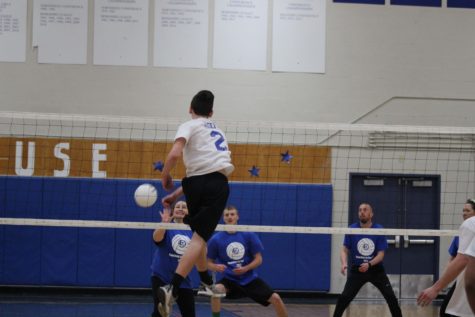 finding participants and referees, and also held a bake sale, sold items at the food stand and made t-shirts. A 50/50 raffle was won by Melanie Joseph, mother of a junior at Lewis Mills, who generously donated her winnings of $362 back to team iCure. Joseph explained that she wanted the money to go back to the cause, as she is a cancer survivor.

Leader of the group, junior Carolyn Nevin, and fellow team member Breezy Brochu began setting up the event this past November. The girls first approached Principal Chris Rau last fall in hope that he would approve the event. 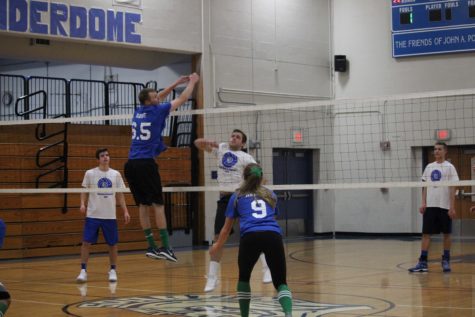 He stated that when they first came to his office, he was nervous because he was afraid that they were going to ask if they could have a basketball game. In fact, if this had been the event that they chose to do, he was prepared to turn them down because of potential risks; in the past many participants in the game suffered from finger injuries. Principal Rau was pleased to know that they wanted to have a Students VS Faculty Volleyball Game and they immediately started planning.

Team iCure was created in 2015; they participated in Relay For Life in May 2016, and will have their next event this coming June. The money raised through Relay For Life events helps realize the American Cancer Society’s mission: to save lives and celebrate life. Every day. Donations are used to fund live-saving cancer research, patient support programs, prevention information and education, and detection and treatment programs. As Carolyn Nevin said, their main goal is to “make a world without cancer.” 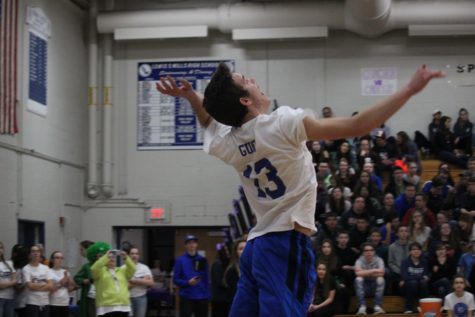 The team began with finding local sponsors, including: Courtside, Salon Halo, Dunning Sand & Gravel, NEPM, Betsy & Megan’s, Countryside, Litchfield County Learning Center, Torrington Savings Bank and Burlington Hair Salon. The event Relay for Life is what drew the students together to create the team, but since that first event the girls have enjoyed being a part of the team and fighting for a cause that has affected far too many.

Nevin, Brochu, and the rest of the team put a tremendous amount of planning into the event and were very happy with the turnout. Brochu had a different perspective for the night, from behind the eyes of the LSM mascot, the Spartan. Despite the discomfort from the suit, Brochu enjoyed the night in the mascot costume by “hyping up the crowd,” which she explained to be incredibly difficult due to lack of movement and the excess of sweat. In the end, the students stood victorious. Brochu is a dedicated team member, but gives the credit to Nevin, who led the team the entire way. This volleyball game was just one event that the ladies have organized, and they are looking forward to raising more money before their next Relay for Life event in June and potentially another volleyball game in the next school year. 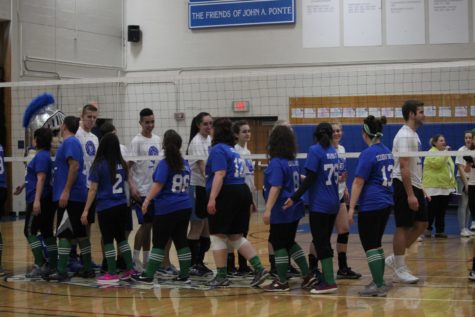