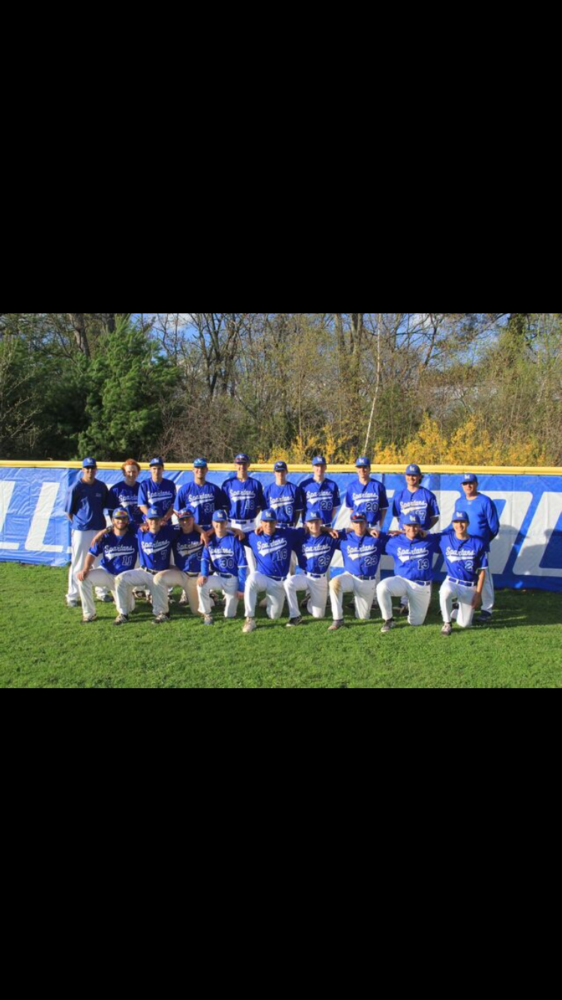 Tuesday, May 30, 2017: The day the Lewis Mills Boys Baseball team has been fighting hard for since the 2016 season. Last year the team was only one game away from making states, but failed to accomplish that goal. This year the LSM baseball team ranks fourth in the state, with a 17-3 record. This band of brothers has worked together for at least three years, creating unbreakable bonds. These connections are what push them through practices, carry them through the losses, and unite them when they win. After a devastating loss against Thomaston last year, it means the world to the team’s six seniors to have made it to the state tournament this season. The countdown to the first state game begins as the tournament quickly approaches.

It is a cloudy day.

Lewis Mills, seeded fourth, is playing Bacon Academy, seeded 29th. Both teams are excited to play but wishing they knew the outcome of this game. Wil Coughlin, a senior captain on the LSM team exclaims, “Despite the awful weather, it’s not going to bring down my attitude and my hunger to win the game. As a senior, it’s my last chance to get to states, so I want to lay everything down on the line to win.”

Everyone is in their respective positions. Senior Billy Willett is the starting pitcher; senior Michael Ciccarelli is the starting catcher for Lewis Mills. Coughlin is on first base, junior Sam Buchanan is on second, sophomore Devin Shaffer is shortstop and junior Jackson Lord is on third.

A nervous Bacon Academy player steps up to the plate; he practices swinging his bat, trying to shake off the stress. The top of the inning goes by slowly, soon leaving Bacon Academy with three outs. The bottom of the inning is slow as well; Lewis Mills does not score. The game is tied 0-0.

After two pop flies and a line drive, Bacon Academy still has not scored. In the bottom of the second inning, Lord, a junior on the Mi

lls team, steps up to the plate, adrenaline pumping through his veins. His hands grip the bat, hoping for a home run. He drives in the first run of the ball game. Junior Ricky Cizeski sprints towards home and brings the score to 1-0, putting Mills in the lead. Lewis Mills runners advance to second and third base. Junior Michio Agresta bats and successfully hits the ball, sending two players to home plate. The score is 3-0, Mills is winning.

After two strikeouts and a pop fly in the top of the third, Bacon Academy cannot seem to score. In the bottom of the third, Sam Buchanan walks to first base and Jared Czarnecki hits a great ball and runs through third base. Michael Ciccarelli is at bat. He is nervous but confident in his abilities.

He reflects before the game, “I really want to win this game. This would mean so much to us and if we moved onto the next game, we could make history. A Lewis Mills baseball team has not won two playoff games in a row in over 25 years. It is crucial that we win this game so we can compete in the next. This is huge.”

He stomps the dirt on the ground, making himself comfortable and swings the bat a few times to loosen his arm. He is ready. He hits the ball, gaining an RBI (run batted in). A run batted in is a situation where a player hits the ball while at bat and their hit causes a player already on a base to run home and score a point.

A pitch is thrown behind, sending Czarnecki home, a spike of adrenaline pumping through his blood again. Mills scores another run. He is congratulated back at the fence where his teammates anxiously stand. He is content with his run. The parents on the sidelines have their hands clasped together, hoping for a win.

The boys on the Mills team feel confident that they will win this game, however, it is too early to celebrate.

A player on Bacon Academy scores a base hit. However, this does not contribute to the team’s score because of two pop flies and a player caught stealing. The bottom of the fourth proves uneventful, leaving the score at 4-0. Spirits remain high and, although it may be temporary, a sigh of relief passes through the LSM team. Their coach, Jesse Darcy, is excited, as his upbeat mannerisms show – clapping with his head held high. Darcy has been with these boys for over three years, pushing them to their limits. This is the moment he has been waiting for; he wants to see his dedicated players succeed and move onto the next round. A second game in the 2017 state tournament is on the horizon for the Lewis Mills.

Bacon Academy chips away the run deficit to two, scoring three runs in the top of the fifth inning, resulting in a 5-3 score. Ciccarelli runs to first after hitting, but Mills does not score, finishing the inning with three outs: Buchanan, Czarnecki and Cizeski. The boys on both teams grow increasingly anxious, unsure of how this game will end. Back at the fence, there is nothing but full team support and encouragement for the high school boys. They huddle as they talk about their plan of attack for the next inning.

Will Mills score another point, placing them further ahead of Bacon Academy? Will this be the inning that finishes the game off? It proves uneventful, both teams scoring three outs each, leading the game into the next inning.  Parents and fans backing both teams on the sidelines bite their nails and crane their necks, unaware if their friends and sons will move on to the next round in the tournament. The six seniors huddle together, hyping each other up. They know that even if they lose this game, their tight connection will not be lost, as they have played together and made countless memories over the past four years.

The stakes are high.

The top of the seventh gave way to a solo home run by Bacon Academy’s lead-off hitter, cutting Lewis Mills’ lead down to one. The boys on the Bacon Academy team are hoping with all their might they score another run. They are excited at the fact they could win this game after coming back so quickly. Meanwhile, on the Lewis Mills fence, the fingers of players grip the fence; it is clear the boys are nervous. Unfortunately for Bacon Academy, Lewis Mills’ pitcher Billy Willet strikes the next three batters out, ending the game in triumph.

The scoreboard reads 5 – 4. The Lewis Mills Boys Baseball team has won this game.

The nerves the LSM boys had once felt are alleviated at once. The arms of players from Bacon Academy fall to their sides and their faces droop with defeat. On the Lewis Mills side, the players run out onto the field together, cheering and patting each other on the back.

For Bacon Academy, the realization sets in that the seniors not pursuing a baseball career in college have played the last competitive game of their lives. They walk up to the Mills players to shake hands, while shedding tears and exchanging hugs.

Lewis Mills baseball is on to the next round in the state tournament, a semi-final game against No. 9 Haddam-Killingworth this evening, June 7, at 7 p.m. at Middletown’s Palmer Field. While a daunting task, the boys are ready to take it on with courage.

The sun is shining.