The Spartan Scroll • May 22, 2019 • https://lsmspartanscroll.org/2731/student-life/girls-now-allowed-to-tagalong-with-the-boy-scouts/

Girls now allowed to Tagalong with the Boy Scouts 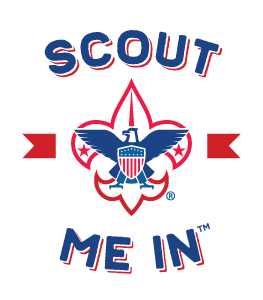 For generations, men and women alike have been striving for gender equality all across the world, but where does the line need to be drawn? The Boy Scouts of America (BSA) is an association originally established in 1910 and has served as an American staple that represents valuable ideals and promotes personal growth amongst young men across the nation.

As of Feb. 1 of this year, The Boy Scouts of America started welcoming girls between the ages of 11 and 17 to join their older youth program. The rather unique situation has stirred up controversy among many; testing how far people will go to attain a balance between boys and girls.

Since the BSA’s announcement that it would begin allowing females to join the Boy Scouts back in 2017, there have been mixed emotions among those involved. Some hold a strong distaste for the Boy Scout’s new announcement while others are supportive.

The Girl Scouts of the USA (GSUSA) issued a statement that didn’t directly target the BSA but stated, “benefit of the single-gender environment has been well-documented by educators, scholars, other girl- and youth-serving organizations, and Girl Scouts and their families.” The GSUSA was clearly not in favor of the BSA’s recent announcement.

The GSUSA then later made another updated statement, saying that the BSA’s decision “does not change the position of Girl Scouts of the USA or our mission to serve girls, and girls only, and to foster their amazing leadership potential. We remain steadfast in our knowledge that Girl Scouts is the world’s single best leadership development program for girls.”

Marissa Gnitzcavich, a current Girl Scout and Lewis S. Mills freshman, had strong views about the recent change in the BSA’s rules. Gnitzcavich believed that the change wasn’t necessary and shouldn’t be allowed. She said that there’s a Girl Scouts and a Boy Scouts and the associations are close in values, making each experience not so different. She went on to say that the BSA and GSUSA were created as two different organizations and they each should utilize the way they were originally intended to be: separated.

Gnitzcavich also had concerns about the wellbeing of females involved with the Boy Scouts.  Gnitzcavich stated, “Boys have different necessities than girls do. Say a troop goes on a camping trip together. If a female had to go with a ton of males, that young lady may not have the proper restroom availability, and feminine products.”

Gnitzcavich knows that every Girl Scout trip is created to fit every girl’s needs and necessities, which she said could possibly not be the case with the Boy Scouts.

Christopher Deeb is a committed Boy Scout who has attained the second-highest ranking of life scout amongst his several years of service. As a Boy Scout himself, Deeb had a lot to say on the topic.

With an open mind Deeb stated, “There’s no issue with girls joining the Boy Scouts, it’s the way the organization is trying to advertise themselves as a co-ed association.”

Moving on with his ideas, Deeb believed that the BSA is using the topic of gender in order to gain media attention and gain more money. He said that, the BSA is still very separated by gender and that not advertising this as such, promotes a false reality which gains attention by the media. Deeb thought it would be nice if the BSA created a separate umbrella organization just for girls, this way there would be no sense of false advertising.

With an outsider take on the topic at hand, Adam Ammirata, a student at Lewis S. Mills high school, believes that although gender equality is important, it is also important to recognize that each organization is very similar and represents the same values.

Ammirata stated, “Both groups focus on the same types of ideas and they’ve each been adjusted to accommodate that intended gender”

While stating his views, Ammirata thought that it was important to note how each organization was purposely designed to be able to fit one gender. He did fail to see however, why it was such a weighted issue if a girl were to join the Boy Scouts.

There has been a continued ongoing dispute between the BSA and GSUSA following their announcement back in 2017. GSUSA even filed a lawsuit against the BSA, after an attempt to remove the word “Boy” from The Boy Scouts of America. The GSUSA felt that the BSA was trying to claim the word scouts for themselves and many would get confused between the two organizations

The BSA’s final response to the matter has been, “We applaud every organization that builds character and leadership in children, including the Girl Scouts of the USA, and believe that there is an opportunity for both organizations to serve girls and boys in our communities.”