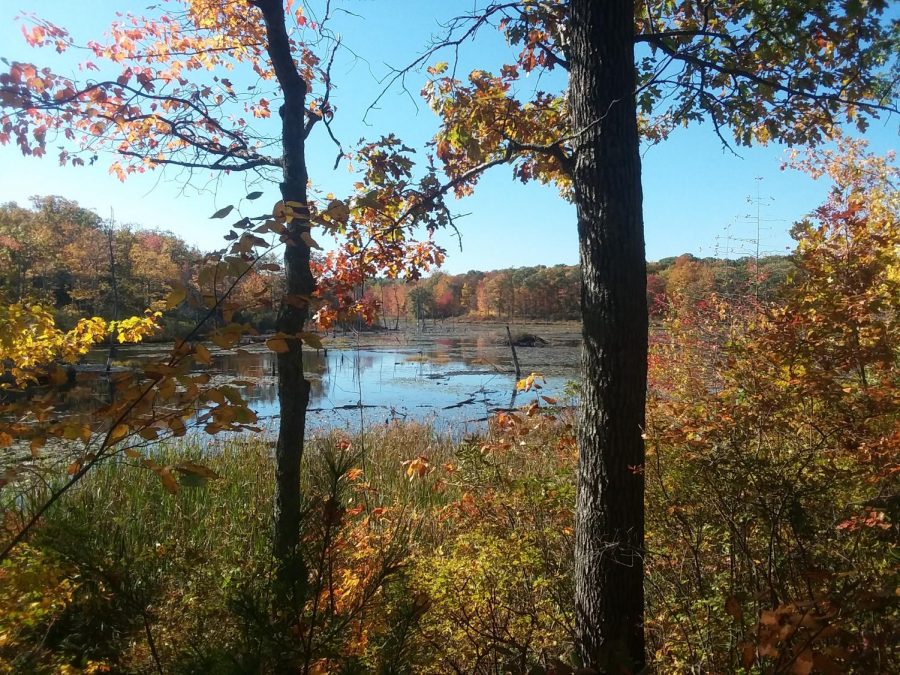 An overlook in Sessions Woods that showcases the beauty of the pond in autumn. 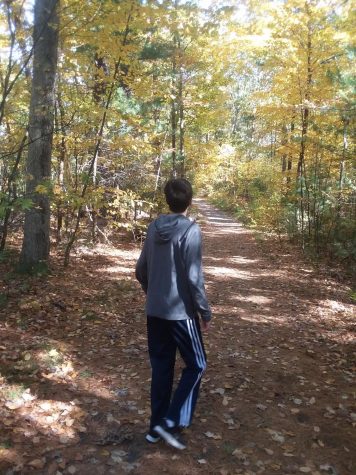 The town of Burlington is, in a strange manner of thinking, a border.

On one side of town, the forests and houses give way to the sprawling suburbs and bustling commercial areas of Bristol and Farmington, while the other side gives way to the rolling green hills of Litchfield County, filled with state parks and forests. As for Burlington itself, the small town is mostly rural neighborhoods.

But if you look closer, you will find that Burlington is home to an ambitious wildlife reserve that has been reintroducing numerous endangered species of New England into their natural habitat, from Cottontail rabbits to American Woodcock Birds, and giving the town a place to bask in the beauty of nature, exercise, learn about the environment, hunt, fish, and more.

This is Sessions Woods Wildlife Management Area, bordering Nassehegan State Forest and compromising 771 acres of restored forest habitat for all sorts of North American wildlife. In fact, more than 5 Har-Bur/Lewis Mills Campuses could fit in the whole thing. It’s very important to the environment and provides a space for people to enjoy nature and fresh air while hundreds of animals call it home. It’s just one site out of 34,000 acres of wildlife management areas across Connecticut that the state’s Department of Energy and Environmental Protection manages.

“This area is being managed for biological diversity, it provides an area improved upon, so there are lots of different birds and insect life that live here,” says Peter Picone, who is part of the staff at Sessions. He is the manager of habitats for the property. There are 22 sections of forest habitat within the woods, and he’s been part of many efforts that have ultimately made Sessions Woods a sanctuary for once-hunted and ever-decreasing animals.

“It provides people a place to see these things,” adds Picone. 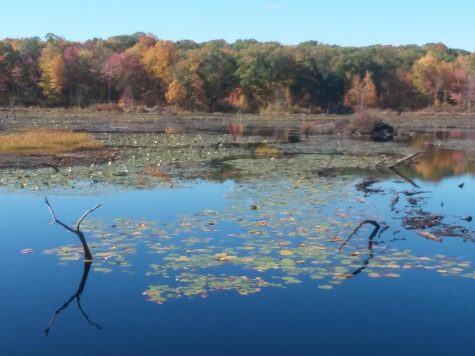 When it comes to Sessions, the part it has played in helping reinforce the return of once-abundant organisms is huge. Picone sites Monarch Butterflies as an example of this. Recently, he and the Sessions staff planted large amounts of the Milkweed in grassy areas across the 771 acres to attract the strikingly orange insects. The effort was successful- There were 20 Monarch eggs in a single field last year.

” We’ve also planted a variety of winter-president foods, like winterberry, to feed migratory birds.” Peter says. He also mentions 20 different species of invasive plant species that grow within the premises and across Connecticut- and is doing his best to keep them in line. “We try to reduce their competition with native plants.” he continues, citing the need to protect Session’s woods plants- like the milkweed and winterberry- from a possible spread of nature’s plant invaders.

The impact that this Burlington wildlife area has goes farther than just the woods in the area. Back in the 1800s, turkeys in Connecticut were hunted to the point that there were only a few left in the state. The numbers were low – practically non-existent. But everything changed in 1975 when Connecticut biologists went into New York State and rounded up 22 turkeys- 17 female and 5 male- and brought them back to the state of Connecticut. Between 1975 and 1992, the grand total of turkeys brought back to Connecticut was 356, according to the New England Historical Society. Now, the wild turkey has certainly made a triumphant return- as of this year, you can find 30,000 of them right here in Connecticut, whether trotting along your lawn, or crossing the road in groups.

Picone sites other projects in Sessions that you can see for yourself in the woods, such as box homes for Wood Ducks on the pond, or how they’ve provided suitable ecosystems for birds- chestnut sighted warblers, the eastern towhee, Whipoorwills and more. Although they’ve made habitats for bald eagles, the only ones seen have not permanently settled, unfortunately.

When talking to students about Sessions Woods, the common theme was that of a place to jog, get fresh air, and appreciate nature. Freshman Noah Morarity, who lives in Whigville near the area, says that Sessions Woods is a great place to exercise and walk his dog. 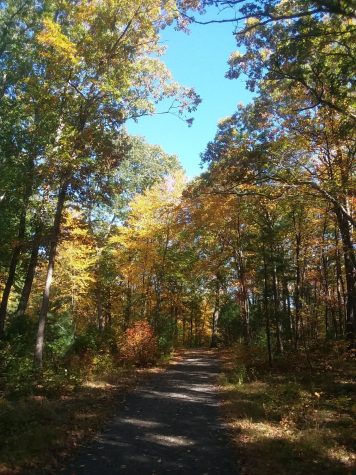 “It’s very well kept.” he says. “There’s a visitor center with all different animals that live there, and diagrams of things around the trail. It’s pretty cool.”

Another Freshman, Bridget Andros, also lives in close proximity to Sessions Woods. She says that she goes there very often and enjoys the museum and visitor center.

“I think Sessions woods is important because it’s a good place to get fresh air, educate people about the animals that live in our area, and keep the environment, protected and healthy.” She says. Bridget also remarks on the field trip that she took as a 5th grader there, telling about how she tested the temperature of the water at Beaver Pond.

“It was very, very cold!” she laughs.

Both Noah and Bridget agreed that Sessions Woods was beneficial for the town’s environment and for people to get to know what grows or roams in the forests of Burlington and beyond. Sessions Woods, for now, continues to be a symbol of the movement to conserve and teach about nature for all ages, and with Spring around the corner, you are sure to see trees sprout, flowers bloom, and butterflies flit around the fields. If you’re extra lucky, you may even see a bear or two- although that might not be the best thing.

“There are all sorts of different trails.” Bridget finishes. “With chipmunks, beavers, birds… I think there’s even some deer too. That’s probably my favorite thing about Sessions Woods.”

For more information about Sessions or if you want to help protect the environment of Burlington, visit their website at https://portal.ct.gov/DEEP/Wildlife/Wildlife-Mangement-Areas/Sessions-Woods-WMA.