The Spartan Scroll • May 8, 2020 • https://lsmspartanscroll.org/2981/sports/sly-actions-cheat-more-than-just-players-in-sports/ 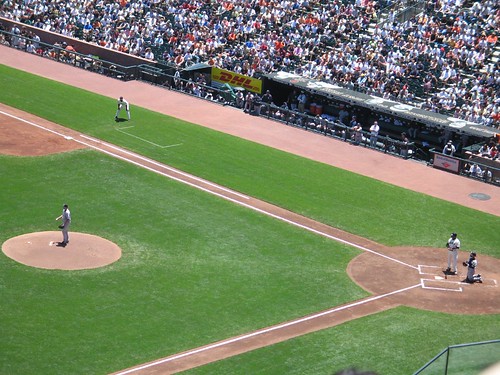 Baseball is among the sports where cheating scandals upset fans in recent years.

As he rounded third base and headed for home, he told his teammates to not touch his shirt.

Jose Altuve had just had the biggest hit of his life. He had hit a homerun to send the Houston Astros to their second World Series in three years. At the time, no one knew why Altuve didn’t want to celebrate. It later came out that they had cheated and were using buzzers to tell their players what pitch was coming.

The Houston Astros aren’t the first team to have cheated in sports. In 2014 the New England Patriots were accused of deflating footballs during the Super Bowl. In 1919 the Chicago White Sox purposely lost the World Series because they bet money on it. In 1980 a woman running in the Boston Marathon took a subway train to win. All these teams and people have one thing in common: They cheated and they got caught.

Cheating in sports has been a big problem in the 21st century. Some people have been caught, while others have gotten away with it. The most recent were the 2017 Houston Astros. The Astros cheated their way to a World Series. They stole signs from the other team from a video room, and they told their players by banging on trash cans. Another way they did this was using buzzers, which is how Altuve reportedly knew what pitch was coming.

“I just want to move on from it. It is in the past. Now let’s focus on the future,” said Carlos Correa, a shortstop player with the Houston Astros, in an interview conducted by ESPN.

From the late 1980s to the late 2000s there was the infamous “Steroid Era” when players across all sports took steroids without being caught. Some of the most notable players were Barry Bonds, Alex Rodriguez, Julius Peppers, Calvin Pace and Joakim Noah.

For a long time, people have been cheating in many ways, but no big consequences have been handed out.

“It’s a disgrace to sports and something needs to be done to stop it,” said David Roberts, a freshman at Lewis Mills, who has played baseball his whole life and plans to play for the school team.

Mac Mcguire, the head coach of the Farmington High School Baseball team said, “If one of my players ever did something like this, I would refer to a guideline that all FHS players have to sign.”

Every player must sign a guideline referring to how they would get punished if they broke a rule. Some fans believe something similar could be imported to all sports. This way, there is no dispute over whether a player caught cheating should get punished.

This goes for any sport. According to ESPN “across all sports it is a common belief that cheating is one of the, if not the worst thing you can do in sports.” People have been doing it for so long and, frequently, nothing has been done. The most that professional sports leagues usually do is suspend the player for up to 90 games and fine them. But clearly this approach isn’t a strong deterrent, because incidences of cheating haven’t stopped. Sometimes, some fans and players believe, the leagues must take kicking players out into consideration.

Not all people who cheat get caught. This makes it an even bigger issue because there could be hundreds, even thousands, of players in sports out there that cheat but don’t get caught. This affects the whole sport because there are people out there putting in hard work trying to win and get better. It can cause disputes among players and teams about who should get credit for winning, and who should get blamed – especially on teams.

Not much has been done to stop cheating. It has become a bigger and bigger issue and has consequences that extend beyond the ballfield. It could result in something much worse than losing a championship. Some fans overreact.  The Astros’ players that cheated have reportedly received death threats, proving there are great consequences both in the sport and beyond it when players bend the rules.