The Great British Baking Show: The Perfect Recipe for the Pandemic 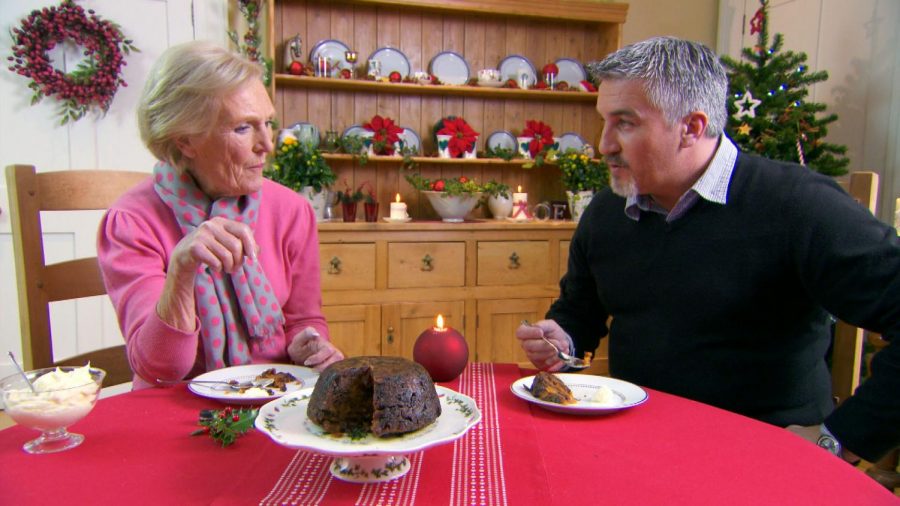 I have only ever baked brownies out of a box mix, yet I am a self-proclaimed expert in the art of baked goods. The intricacies of patisserie, the necessary lamination of bread dough, and the terror of a stodgy cake are all engrained into my mind. There is one source I can thank for this newly found mastery: The Great British Baking Show.

Known as The Great British Bake Off in England, this series has a traditional cooking show layout. A group of contestants compete in culinary challenges, with one unfortunate contestant being sent home each week. These bakers dedicate ten weeks of their lives for the show, abandoning work and family to put their baking skills to the test in the outdoor tented kitchen.

Yet, at the end of this chocolatey war, when three flour-covered warriors remain, the only reward the sole survivor receives is a cake stand and a bouquet. No cash prize, no partnership with the production company; the simple honor of participating in the event and being crowned winner is enough.

If you are like my mother, who was shocked to discover this simple prize, you may be questioning why contestants even bother to sacrifice other aspects of their lives to carelessly bake for nearly three months. Here, the juxtaposition between our American culture and England’s begins to rise like sour-dough bread.

As I lounge on my sofa and watch The Great British Baking Show, I am greeted with pleasant piano music, delicate notes dancing along the keys as bakers pipe frosting on a biscuit. Yet if I were to be viewing the classic American cooking show Chopped, the intense sound of strings would grate against my ears as the cooks frantically plate their meals.

When a contestant is eliminated on The Great British Baking Show, their peers are teary-eyed, heartbroken to see their fellow competitor and friend be sent off. The bakers hug and judges Paul Hollywood and Prue Leith join in, affirming every participant’s bond. On Chopped, competitors bid a curt farewell, at times smirking to themselves with the knowledge that another foe has bit the dust.

The Great British Baking Show represents the essence of community, of a group of people working together and supporting one another in the face of daunting situations. Our American society can learn a multitude of lessons from this show, especially during the COVID-19 pandemic when, at times, it feels as if our society is crumbling apart.

According to a study done by the Pew Research Center, three-quarters of the American public stated that our country is now more divided than before the coronavirus outbreak. Sadly, this is no surprise, with conflicts among citizens becoming unnervingly familiar during the pandemic. Videos of anti-maskers clashing with those adorning masks have gone viral, altercations even becoming physical. Online debates over the Trump administration’s handling of COVID-19 were hot topics of discussion, our political parties stratifying themselves even further.

Among all of this, The Great British Baking Show has remained a source of valuable lessons for our American society, demonstrating the significance of community and empathy for one another. Even though contestants come from varying backgrounds and strive to out-bake one another, they treat each other with a sense of humanity and understanding. In America, we are often taught the importance of individuality, but to persevere through hardships like those of 2020, we must orient ourselves to the importance of community.

The Great British Baking Show has also served as a source of comfort during the emotional toll the pandemic has wreaked on many. According to a survey conducted by the American Psychological Association, 78% of American adults reported that the events of the coronavirus produced significant levels of stress in their lives. The Baking Show has provided me and many others an escape from this harsh reality, offering a glimpse into a peaceful world laced with tasty delicacies.

I have two friends who are avid viewers of this British baking competition, and both have turned to it during challenging times. For Meghan Cahill, the show acts as a break from the negative media she consumes in the news and on Twitter. Knitting needles in each hand, yarn at the ready, it is a tradition for Meghan to craft a cozy accessory as she watches the baking competition unfold. For Bella Harding, the show reminds her of the kindness and compassion hidden in people, something she feels can be difficult to see amidst the current state of our world.

The Great British Baking Show is about more than airy loaves of bread, snappy biscuits, and tart fruit pies. It is about a collection of people coming together to pursue a passion they love, and in the process, develop lasting friendships with one another. In a world currently filled with suffering and strife, The Great British Baking Show has proved to display what we as humans should strive to emulate, with a dash of tasty treats on the side.