Snowless Winters? The Reality of Climate Change in Connecticut 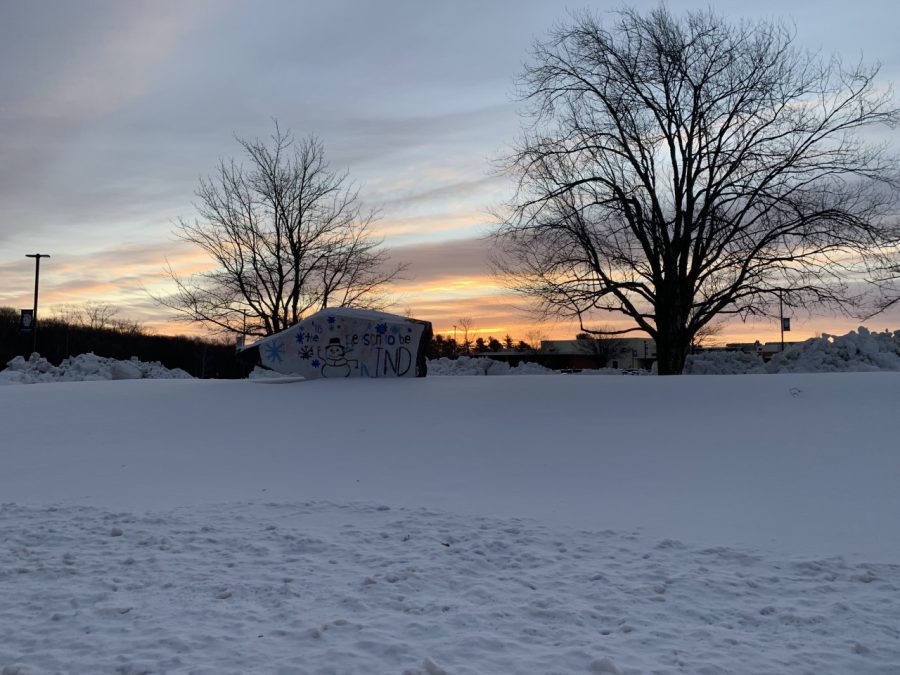 Chris King, a 19-year-old skier from Connecticut, noticed a decline in snowfall and conditions at his local mountain, Ski Sundown. Chris has skied here almost every day during the winter and also instructs as a part of Ski Sundown’s Ski School. This year, Chris has been patiently waiting to get out on the slopes, but the weather is not permitting. Rain and elevated temperatures have delayed any sort of snow-making that Ski Sundown could have attempted and prevented any snow from sticking to the ground. Chris, being the passionate skier he is, has found ways around the poor weather in Connecticut. His family owns a house in Vermont located close to Okemo Mountain. Vermont receives plentiful amounts of snow, allowing them to open early in the year, meaning skiing can start as early as November. Chris has been up to Vermont every weekend thus far into the ski season and has started to prefer it there.

“Sundown’s conditions have been horrible in the years past,” says Chris.

These poor conditions are a direct result of climate change, according to Climate.gov. The reason for these poor conditions is due to the abnormally warm days and cold nights. This causes lots of ice, as well as snow melt during the day. It has affected Connecticut’s ski mountains so greatly that residents are finding themselves doing the same as Chris: looking to ski elsewhere.

Skiing and snowboarding are Connecticut’s most popular winter sport as it provides a fun pass time in the dreary winter months. Mountains like Ski Sundown become highly populated during the winter, so it is no surprise come December that many residents are eager to get out there. Connecticut usually receives around 37 inches of snow per year, nine inches more than the US average. However, in recent years, the constitution state has received a paucity of snow, falling well short of their average. This affects every aspect of Connecticut’s livelihood. Ski mountains like Ski Sundown offer a plethora of job positions that provide work to many teens and adults alike. Many residents find labor in commercial and freelance snow removal during the winter as well. During these months, it is vital to have snow fall, as some families rely on it to make a living.

Residents that rely on snow removal as a main source of income during the winter are left in limbo.

Local Aidan Zaharek says, “we survive on tree and snow removal in the winter.”

Aidan works at his father’s landscaping company that does snow removal during the off season. He and his father spend their winters running machines like loaders and skid steers to clear large parking lots.

When asked about his hours, Aidan said, “we work until there’s no snow left where snow is not supposed to be.”

Aidan and his father have spent many 12+ hour days clearing snow as they watch it cover the tracks they just made. In 2010, Aidan helped in the cleanup of “Snowmageddon,” the blizzard that left Connecticut buried beneath a foot of snow, shoveling and helping his father move trees out of the roadways. So many trees had fallen onto roads that Aidan found himself with plenty of work that winter.

Aidan said when talking about the storm, “We had work for months even after the storm was over.”

However, today in 2021, Aidan sits here, patiently waiting for the snow to fall.

As the years pass, Connecticut’s winters are destined to become erratic. According to John Bagioni our winters are beginning to shift, due to warmer fall months snow has tended to start falling later into the year. However, our winters should maintain a similar length.

When asked about our winter length Bagioni said “there is some evidence that our fall season had normal temps this year, and we keep these warmer fall temps longer into December.”

Bagioni mentioned that when our fall weather carries into November, and December our spring is going to be much colder, maintaining our winters length. With much more moisture in the air due to climate change warming up the coastline, there is potential that our winters become more of a rainy month, and less snow.

Bagioni says “we will always have snow because there is always moisture in the air, it just a matter of whether the temperatures get low enough.”

Overall climate change has affected every aspect of a Connecticut winter, disrupting the livelihoods of many. Leaving them jobless and simply bored this winter. Citizens like Aidan Zaharek and Chris King are feeling the full effect of its impact. As climate change worsens so will Connecticut’s winters and the lives of some that struggle to find work in the cold months.